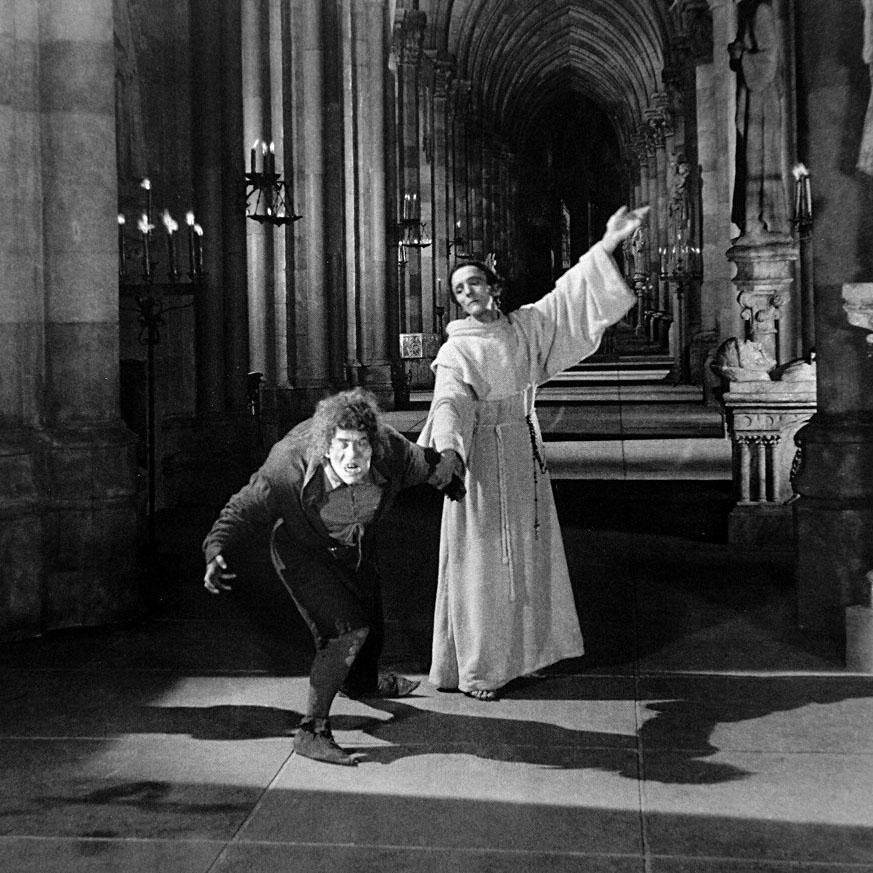 The Vancouver Symphony’s Chamber Music Series returns with the opening performance of the “Back to the Movies” concert series at the historic Kiggins Theatre on Thursday, November 17, 2022. The performance features legendary Hollywood Star Lon Chaney in the 1923 American drama film The Hunchback of Notre Dame, accompanied by live music (as it would be heard in the silent film theaters of the 1920s).

Lon Chaney's portrayal of Victor Hugo's tragic bellringer set a new standard for lavish Hollywood spectacles. The re-creation of medieval Paris, along with Chaney's layered interpretation of the outcast, as well as the enormous sets and scenes of vast crowds made this film a huge success. The musical score borrows elements from the three surviving historical scores for the film: the road show score, the 1923 cue sheet score, and the cue sheet for a 1927 revival release.

Rodney Sauer is a pianist and score compiler who studied at the Oberlin Conservatory while majoring in Chemistry at Oberlin College. He has appeared as a piano soloist with the Boulder Sinfonia. Sauer is an avid student of film music, and his article on the history and use of "photoplay music" was published in the American Music Research Center Journal. He is a frequent performer in various participatory dance genres from early 20th century ballroom dance to Morris and Contra dance. Sauer plays improvised solos in silent film scores, although the Mont Alto Orchestra is his major musical endeavor. In 2001 he won a musical grant from the Arts and Humanities Assembly of Boulder.

About the VSO Chamber Concert Series

The series was co-created by Dr. Michael C. Liu, VSO pianist and board member, and Dr. Igor Shakhman. VSO CEO and Principal Clarinet. The VSO Chamber Music Series is proud to provide enchanting chamber music in an intimate setting. Originally intended to be played in a small chamber, hall, or house, chamber music showcases musician virtuosity in melodies that are quite exposed in a typical ensemble of three to six musicians. Listeners enjoy an entirely new concert experience meant to speak to every individual in a comfortable space. The content of each VSO concert is unique, ranging from musical accompaniment for silent films and operatic soloists, to traditional string quartets and trios. Now in its tenth season, the VSO Chamber Music Series continues to provide this matchless art form to the Vancouver community.

The VSO, now in its 44th season, has been a cornerstone of Southwest Washington's arts community, providing symphony music of the highest caliber in live performances and through music education in schools, concert halls, and throughout the community. For more information, please visit vancouversymphony.org.