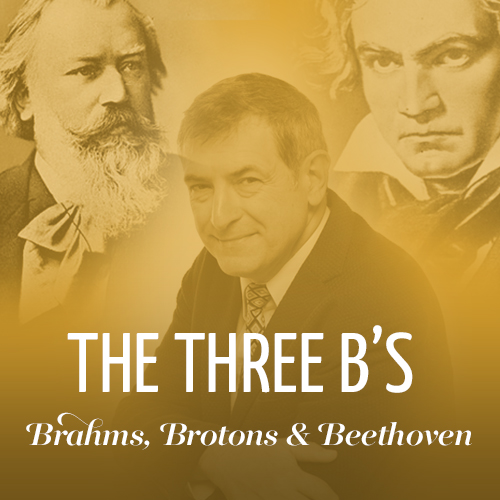 The VSO Offers A Trio of Works by A Musical Tour De Force: Brahms, Beethoven & Brotons February 24 & 25 at Skyview

(Vancouver, WA) The VSO continues the 2017-2018 Season with thrilling compositions by “Three B’s: Brahms, Beethoven and Brotons” February 24 & 25 at Skyview Concert Hall.
The program begins with Johannes Brahms’s turbulent Tragic Overture and concludes with Beethoven’s historically significant Eroica symphony. Before the intermission, David Rejano — principal trombonist of the Los Angeles Philharmonic and one of the most influential brass players of our time—will join the VSO in performing Maestro Brotons’ virtuosic Concerto for Trombone & Orchestra.
“Maestro Brotons has created a program guaranteed to be one of the highlights of the season,” said VSO Board Chair Kathy McDonald. “The Tragic Overture and Eroica symphony are legendary, and we are thrilled to welcome the amazing Mr. Rejano to our hall for the first time playing an extraordinary composition by the Maestro.”
Performances are Saturday, February 24 at 3 pm and Sunday, February 25 at 7 pm at Skyview Concert Hall, located at 1300 NW 139th Street in Vancouver, WA. Tickets are available for this concert and all 2016-2017 events at vancouversymphony.org or (360) 735-7278.

Trombonist David Rejano was born in Badajoz (Spain), and initially studied music at the Conservatory in Madrid. Then he moved to the Conservatoire National Supérieur de Musique et de Danse de Paris, with professor Gilles Millière, where he graduated with the Diplôme de Formation Supérieur – Mention très bien à l’unanimité and the Prix Spécial du Jury. He joins the Los Angeles Philharmonic as Principal Trombone this month.
As a student, David Rejano was a member of several youth orchestras, among them the National Youth Orchestra of Spain, the European Union Youth Orchestra, and the West-Eastern Divan Orchestra (with Daniel Barenboim and Pierre Boulez). He has performed as guest Principal Trombone with the Berliner Philharmoniker, the Orchestre National de France, the Orchestre de l’Opéra de Paris, and the Symphonieorchester des Bayerischen Rundfunks, under the direction of conductors such as Kurt Masur, Valery Gergiev, Zubin Mehta, Lorin Maazel, Gustavo Dudamel, Daniel Barenboim, and Andris Nelsons.
From 2002 to 2007 David Rejano was Principal Trombone with the Orquesta Sinfónica de Navarra, from 2007 to 2010 Principal Trombone with the Orquesta del Gran Teatro del Liceo de Barcelona, and from 2010 to 2016 Principal Trombone with the Münchner Philharmoniker.
David is very active teaching, giving masterclasses as well as coaching youth orchestras. He teaches at the Brass Academy Alicante and the Maurice Andre Academy (Spain), and had provided master classes all over the world, including Japan, France, Germany, South Korea, Austria, China and Guatemala.
Rejano appears frequently as soloist and teacher at different festivals, such as the Concours National de Trombone de France, the Festival Européen du Trombone (Strasbourg), the Sapporo Festival, the Summer Brass Festival, and the International Trombone Festival.

As a composer, Maestro Brotons has written more than 140 pieces. Many of his works have been published and recorded throughout the United States and Europe. The original version of the Concerto for Trombone & Orchestra was written in 1995 for Ricardo Casero, Principal Trombonist of the Barcelona Symphony Orchestra. The work has been praised for its “pyrotechnical double tonguing, lip trills, multiphonics, and lip slurs that would give Emory Remington pause – all supported by a wonderful, impulsive orchestral score demanding solid musicians in every seat.” (Daniel De Kok, Southeastern Pennsylvania Symphony Orchestra)

The VSO is generously supported by All Classical Portland, Oregon Public Broadcasting, The Community Foundation of SW Washington, The Columbian, and Michelle’s Pianos.
Tickets for all VSO symphony concerts, The VSO Chamber Series and all VSO events are on sale now at (360) 735-7278 or vancouversymphony.org.